Legacies of the Enlightenment is a 24-month project, led by Valentina Denzel, Assistant Professor of French at Michigan State University, and by Tracy Rutler, Assistant Professor of French and Francophone Studies and Women’s Studies at Pennsylvania State University, in collaboration with over thirty scholars from various institutions in America, Canada, England and Israel. This project responds to the question how the Enlightenment has come to inform our current concept of humanity and the interrelation of human and non-human.  The interrelation of human and non-human that we examine in this project defines how we comprehend, for example environmental pollution, social injustice, racism, sexual orientation, and how a monolithic definition of humanity is challenged by natural catastrophes and epidemics. In order to address these issues efficiently, we have assembled a team of scholars that cuts across disciplines, time periods, and institutions. This interdisciplinary configuration opens up the space for a dialogue on these topics. Our project will consist of a website where scholars and graduate students will collaborate on categories related to the interrelation of human and non-human. Furthermore, Legacies of the Enlightenment will organize a workshop where graduate students and faculty will present research related to the topics of our website, receive feedback, and revise their work into publishable articles.
http://www.humanitieswithoutwalls.illinois.edu/initiatives/changing-climate/currentprojects.html 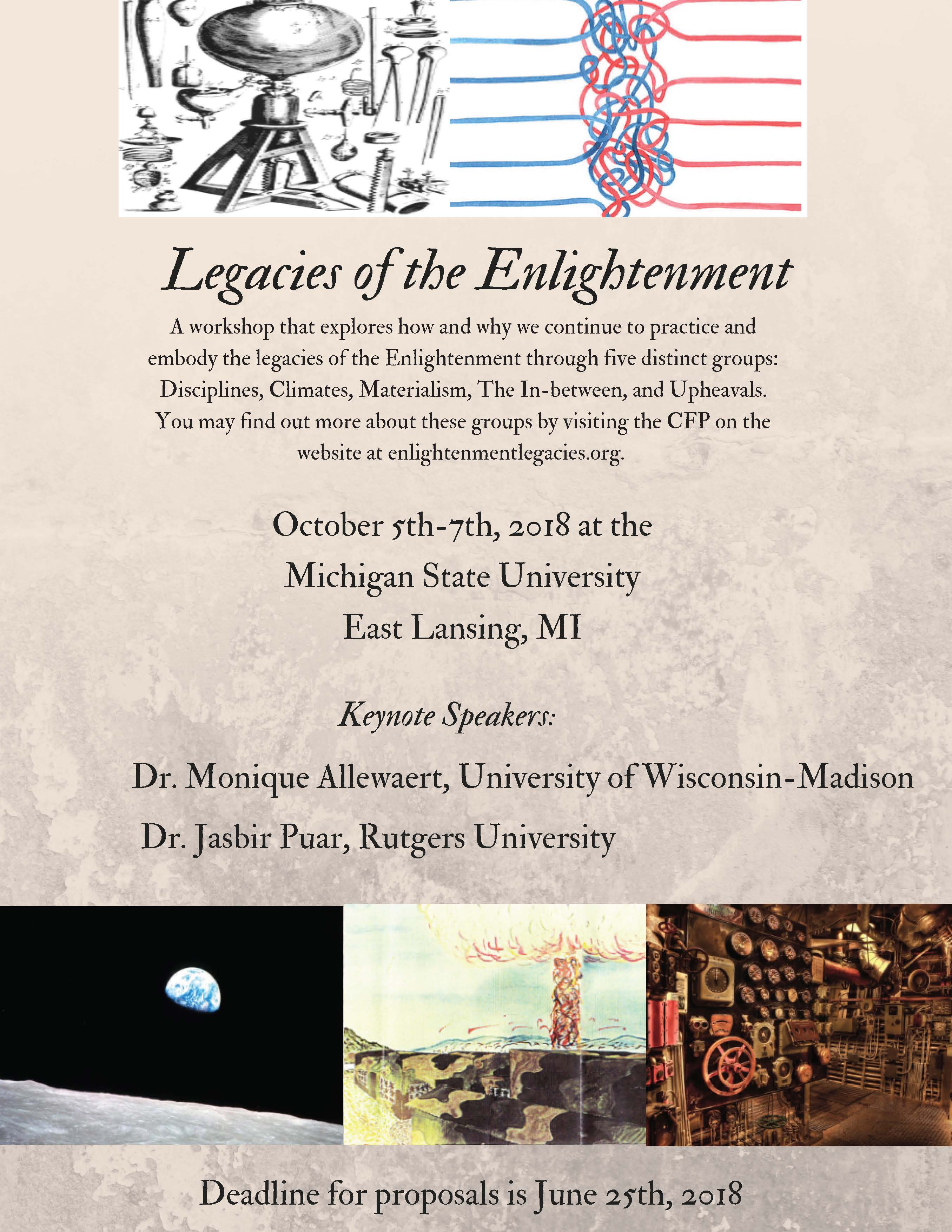