On April 2018, Carmen DeLorenzo, instructor and coordinator of the Italian language program received an honorable mention in the category “blended” for her ITL 101 and ITL 102 courses in the 2018 ATT Awards of Excellence in Instructional Technology. The award recognizes and encourage best practices in the use of technology to enhance teaching and learning: http://attawards.msu.edu/winners/2018/carmen-delorenzo 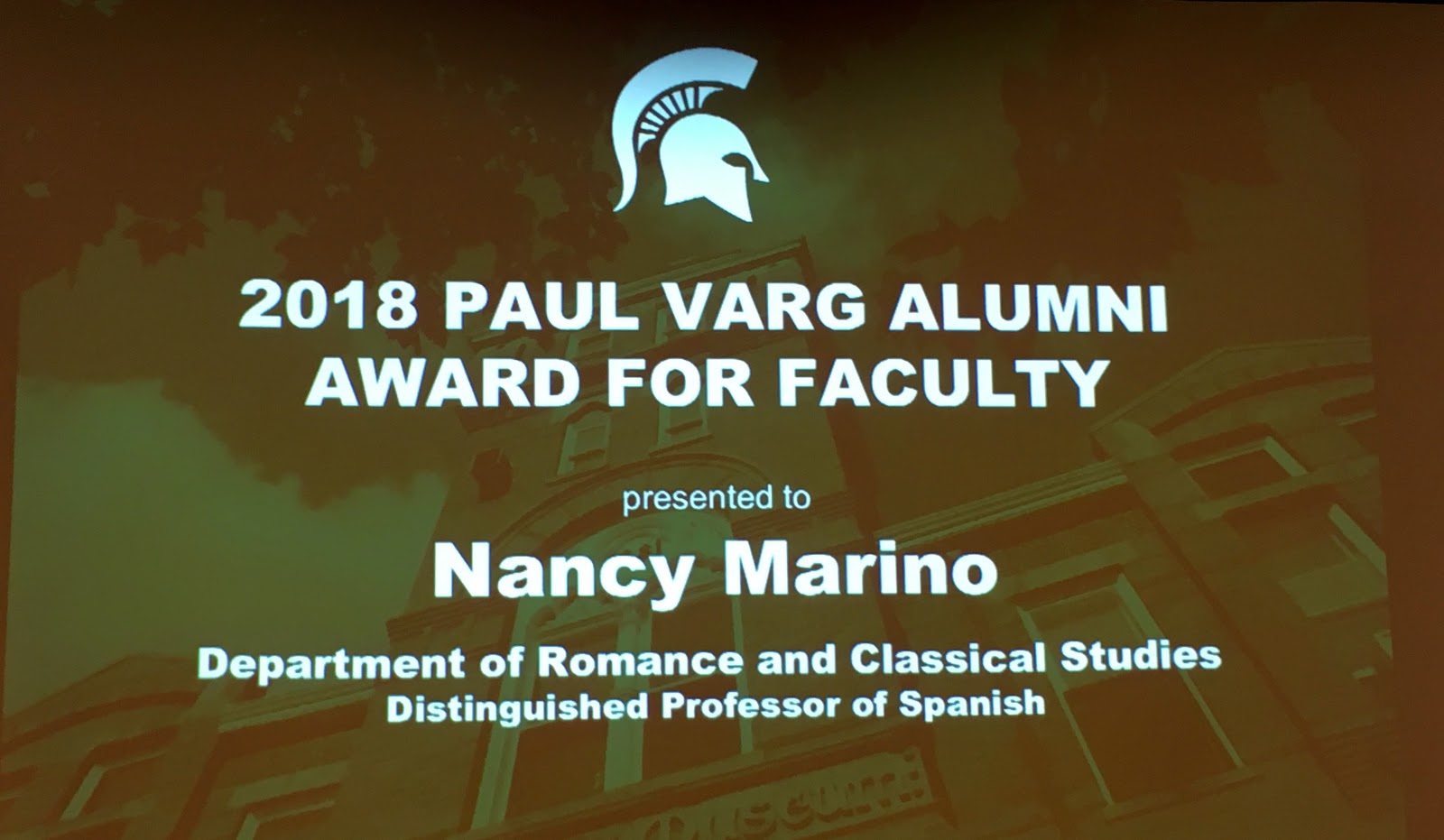 Last spring semester, Professor Nancy Marino received the Paul Varg Alumni Award. This award recognizes an Arts & Letters faculty member who has challenged students intellectually, maintained a national reputation in their field, provided service to the College, University, and community, and is the consummate professional. Professor Marino was honored at a Luncheon ceremony last April and her husband received the award on her behalf.

Professor Safoi Babana-Hampton (Contemporary French and Francophone Studies) has been promoted to full professor. She is the author of Réflexions littéraires sur l’espace public  marocain dans l’oeuvre d’Abdellatif Laâbi (2008) and, thanks to the support of two  Humanities Without Walls grants, the director and producer of two documentary films Hmong Memory at the Crossroads  (http://hmc.cal.msu.edu/) (http://mhcc.cal.msu.edu ) (2015) and Growing up Hmong at the Crossroads (http://growinguphmong.com/ (2017).

Professor Valentina Denzel (16th-18th-century French Literature, Gender Studies) has been promoted to Associate Professor with tenure. She is the author of Les mille et un visages de la virago (2016) and recipient of a Humanities Without Walls grant for her project Legacies of the Enlightenment: http://enlightenmentlegacies.org/